This week’s Mundane Monday challenge asks for pictures of lamps or lampshades. I’ve got a lot of these. Some of them are even artistic!

These are some serious lamps around the door at Gatke Hall at Willamette University, where my daughter goes to college. They look worthy of the Iron Throne; I would not mess with them. 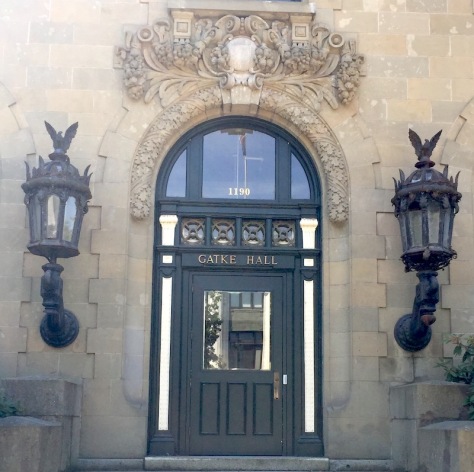 And there were also plenty of interesting lamps on our trip to Asia last year. I think lamp posts work especially well for the photography “rule of thirds.” 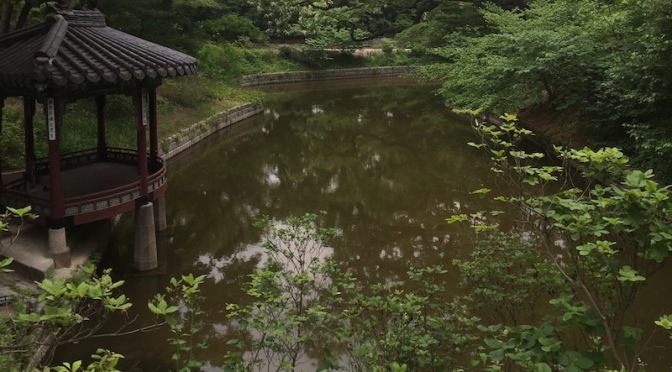 More than a year ago now, not long after I had moved to California, I had the unique pleasure of playing string quartets with a bicycling violinist in a fencing studio. I blogged about the experience here: The Fiji Quartet. That bicycling violinist is a woman named Jasmine Reese, who is cycling around the world with her dog named Fiji. Her website is called Fijapaw: One Girl. Her Dog. A Violin. On a Bicycle. END_OF_DOCUMENT_TOKEN_TO_BE_REPLACED

Many buildings in Seoul are big, and serious. And the doors themselves are nothing special but there is a lot around them. An example of this is the War Memorial of Korea, commemorating the Korean War and those who died fighting it. A long stone staircase leads up to a wide mouth of windows. 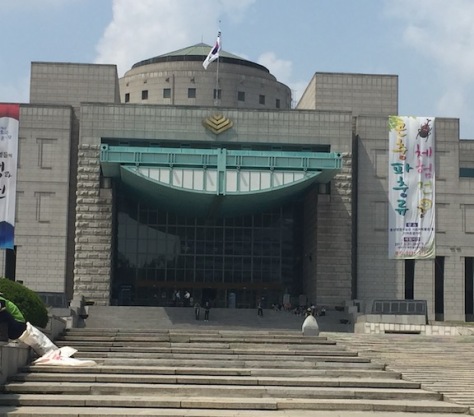 In downtown Seoul there are other examples, including the Metropolitan Library

Close-up on the Metropolitan Library Door 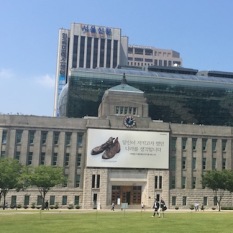 And the Seoul City Hall in Seoul Plaza. 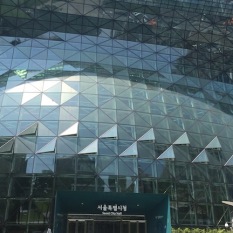 Gyeongbokgung Palace, next to Gwanghwamun Square, is more urban than Changdeokgung, which I blogged about last week. It stands close to other places of business in the city. On our last day, we walked past the library and City Hall and across Gwanghwamun Square to get to this palace.

Some doors of Gyeongbokgung: 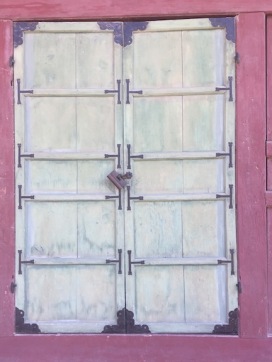 Even in the middle of the city, there was a part of the palace that was an oasis from the rest.

This post is for Norm 2.0’s Thursday Doors, a weekly feature allowing door lovers to come together to admire and share their favorite door photos from around the world. I’ll be sharing doors from my recent trip to East Asia for the next several Thursdays.

Changdeokgung Palace in Seoul, South Korea is a UNESCO World Heritage site built in 1405 and restored in 1611. Behind the palace it has a rear garden, also known as the “secret garden,” which one can tour in English.

Changdeokgung was was the principal palace for many kings of the Joseon Dynasty. And the secret garden was a place for them to relax, study, worship, and be in nature. 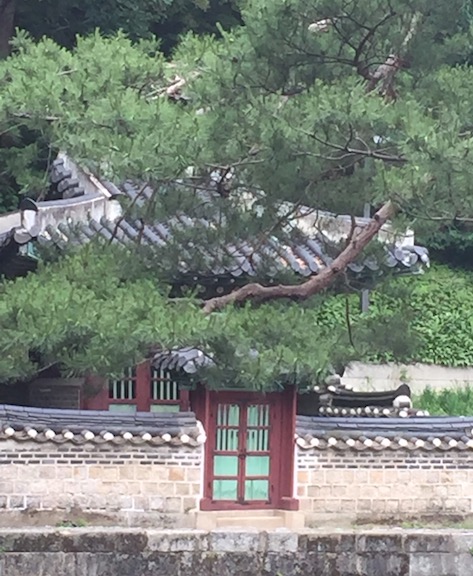 A place for the emperor or crown prince to worship. You had to take off your shoes to preserve the original flooring.

Our tour guide in front of one of the Pavilions

A place of worship

There were also residences for the court, including concubines and their children.

The doors below led to an underground furnace and chimney, which supplied the under-floor heating system, necessary in winter to heat the entire palace. 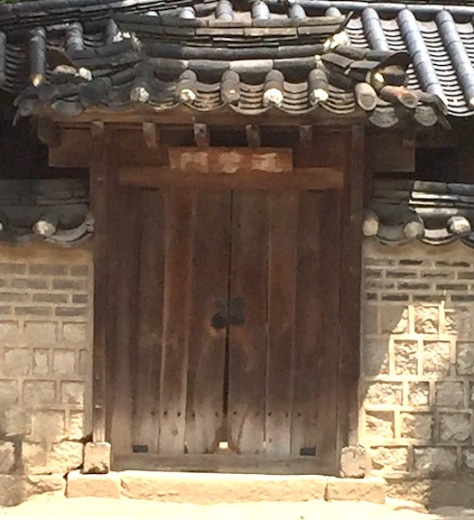 See pictures of it in the fall with the beautiful leaves changing color here: Huwon Secret Garden.

This post is for Norm 2.0’s Thursday Doors, a weekly feature allowing door lovers to come together to admire and share their favorite door photos from around the world. I’ll be sharing doors from my recent trip to East Asia for the next several Thursdays.