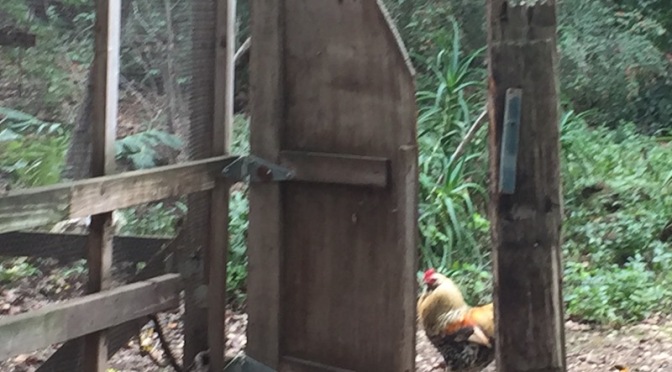 I am still doing my geocaching streak, and today’s find, called Donkey Cache, took me to an interesting area that I never knew existed in the Barron Park neighborhood of Palo Alto. To get to the cache, I had to walk through Cornelis Bol park, which is named for a Stanford professor who owned donkeys and lived in the area in the mid-20th century.

On my way back to my car, I got a little sidetracked and found myself near a shed. I said to myself, “I wonder if there’s a Thursday door around here somewhere that I can photograph.” Indeed there was.

This was a funny little area with buildings that I didn’t understand at first.

If you look closely, you can see a chicken in the background, through the door to his coop. A couple of these doors seem to go nowhere in particular. 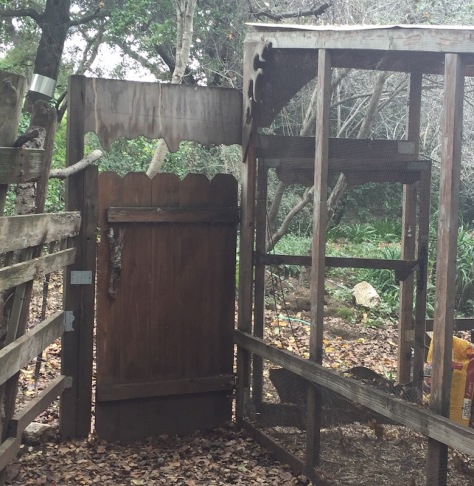 They certainly aren’t keeping the chickens out (or in). 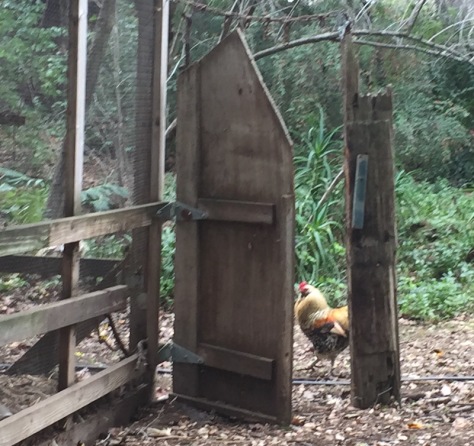 A little farther along the road there was another structure, with the door closed and chicken statues in front:

What I am struck most by in these photographs is the drab weather. It’s neither raining nor sunny. Not what you think of when you say “California,” or “January.”

It’s also quite remarkable that this land is still so free and undeveloped, here in the Bay Area where housing is at a premium and prices have reached extreme levels. Cornelis Bol appears to have wanted it that way.

Thursday Doors is a weekly feature allowing door lovers to come together to admire and share their favorite door photos from around the world. Feel free to join in on the fun by creating your own Thursday Doors post each week and then sharing it, between Thursday morning and Saturday noon (North American eastern time) at Norm 2.0’s blog here.

Last month my husband and I drove east and north to Yuba City and environs to find some geocaches. We encountered a different California from Silicon Valley, where we live.  END_OF_DOCUMENT_TOKEN_TO_BE_REPLACED