I saw the original Star Wars trilogy in theaters when it first came out, and my favorite character was Han Solo. It helped that I had a serious tweenage crush on Harrison Ford, and I wasn’t the only one. Even my mother, who thought Star Wars was a silly kids’ movie (even before it was called “A New Hope”), was able to muster up some love for Han. But while my fangirl affection for Han and his star-crossed love story with Leia carried me through the 1980s, it is not serving me well for the newer crop of Star Wars movies.

We know how it ends for Han

I looked forward to The Force Awakens in 2015 as much as anyone else, and I was thrilled to meet onscreen Rey and Finn, a new force wielder and a stormtrooper with a conscience. These characters blew out of the water the tired old stereotype that black or female leads couldn’t carry a blockbuster movie in the United States. I cheered them on and listened to the soaring John Williams soundtrack, delighted by their exploits. Except.

I seem to be a minority in this view, maybe a minority of one. When I ventured to my friends, “that part was a little too dark for me,” they answered back, “It’s *supposed* to be dark! That’s what Star Wars is about!” And they’re right. It’s not called the Dark Side for nothing.

But Star Wars is about more than that, to me. It’s also about humor, and about hope and redemption. And all the humor, hope, and redemption that I had lived along with Han and Leia’s love story and in their victory over the Empire died with Han there on that unnecessary catwalk. I came home from the film to fitful sleep and disturbed dreams. Han, Luke, and Leia hadn’t just made a few parental and avuncular mistakes. No, they had spawned a mass murderer.

A Nightmare of Eternal Return

“It’s a classic battle of good and evil,” a friend told me. “An allegory, a morality play” (as my 10th grade English teacher had also once remarked). “No one side will ever really win or defeat the other side permanently.” This argument struck me as Nietszchean. Han’s death plunged the series into a nightmare of eternal return, in which nothing and no one ever won or lost or even changed very much. Jakku was Tatooine rebranded. The First Order rose from the ashes of the Empire. And they apparently didn’t learn anything about not building planet-killing weapons with single fatal flaws that can be destroyed by small bands of fighter ships.

What would an origin story about Han Solo add to all this? Might it somehow redeem Han’s death? Could it say something new about families, about fathers and mothers and sons, or even about the power of romantic love stories and the limits thereof? Unfortunately, at least so far, the answer is no.

A Boy and His Dog

I didn’t hate Solo: A Star Wars Story. It was an enjoyable enough way to spend two hours on a Memorial Day afternoon. Alden Ehrenreich did a credible job soldiering through the action sequences, and Lando’s antics as played by Donald Glover were amusing. I especially liked the meeting between Han and Chewbacca. Every hokey SF movie has a scene in which Our Hero is thrown into a pit to fight a crazed hungry beast. I was happy to see the script end differently for once. It would have been nice, however, if we had a reason that Han could speak Wookiee. What made him learn that language? Is Han talented at languages or especially interested in them?

As it was, the movie seemed like a kids’ movie emotionally, in spite of its PG-13 rating. The boy-and-his-dog friendship between Han and Chewie is a case in point. Chewie could have been Lassie for all the emotional complexity their relationship had in its early stages.

This same issue–cute, talented kid mysteriously turns bad–plagues Episodes I-III as well. The stakes are higher with Anakin because he starts out cuter and more innocent than Han. Anakin also has further to fall to become Darth Vader than Han does to become Jabba the Hut’s eventual target. But both transformations are similarly unsatisfying at the core. There is no real betrayal of Anakin’s trust by those he loves. Padmé Amidala loves Anakin unto the end, and even Obi-wan cares enough to travel to Mustafar in hopes of saving his Padawan. Anakin just turns, motivated not by tragic circumstances but by a character flaw exploited by the Sith Lords.

Similarly, Han is not betrayed in Solo by anyone or anything that matters, not even himself. The Empire whose army he deserts is corrupt. His sometime-friend Beckett has already shown his true colors plenty of times, even as Han remains a loyal friend and helper. Han couldn’t help leaving Qi’ra behind on Corellia and carries a torch for her for 3 years hoping to make it right. Qi’ra fights by his side when it counts. Han saves Chewbacca and even lets him go to help other abused wookiees, at serious risk to himself.

Qi’ra is long gone by A New Hope. The method of her disappearance whether by death, betrayal, or other, is the only thing I see here that might transform this movie’s Han into the bad boy we know and love. Qi’ra (played by a dark-haired Emilia Clarke, Game of Thrones’ Mother of Dragons) starts out as a standard romantic love interest and becomes potentially the darkest, most complex character in the film. Her motivations and feelings remain murky, but like Padmé Amidala before her, she is still too good and true (and alive) to ruin Han’s earnest boringness in this film.

So any betrayal involving Qi’ra would have to happen in a sequel. In order for that sequel to work, it needs to be more dark and twisty in the realm of human relationships than anything in Star Wars we’ve seen. It would need less of the spirit of Lassie and more of  Game of Thrones. Yes, this would mean telling a story that might upset some fans. 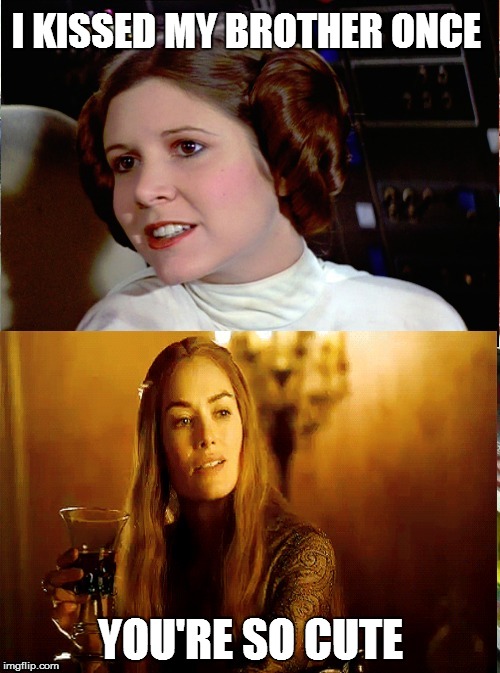 But it also would mean confronting what we really want and need from this franchise, 41 years in. Is Disney just going to keep telling the same story over and over with different names? Or do they have a chance now to delve deeper into human motivations around betrayal, deceit, and the will to power?