This is not the door to the actual Clarion West writers’ workshop in Seattle. I attended that workshop in 1987 just after I graduated from college and before I went to graduate school. I put writing away for a long time, studying neuroscience and raising a family. I’m not done with either of those activities, exactly, although I’m now an instructor with Science from Scientists rather than a graduate student, and my kids are teenagers. And I’m not done with writing either. No, I’m just starting back up.

This door belongs to the house of one of my Clarion classmates. Although we kept in sporadic touch after the workshop, attended a convention together, and still sent yearly holiday cards, I hadn’t seen her in person for about 25 years. In between then and now we had both gotten married, had kids, and pursued other interests.

When I moved back to CA I realized that she was not that far away; I could drive to her house in less than 2 hours. But it took more than 2 years for me to get the trip organized. Finally, my husband was on a big power trail geocaching trip, my son didn’t mind getting himself meals and was old enough to be left alone for a day, and so I went. 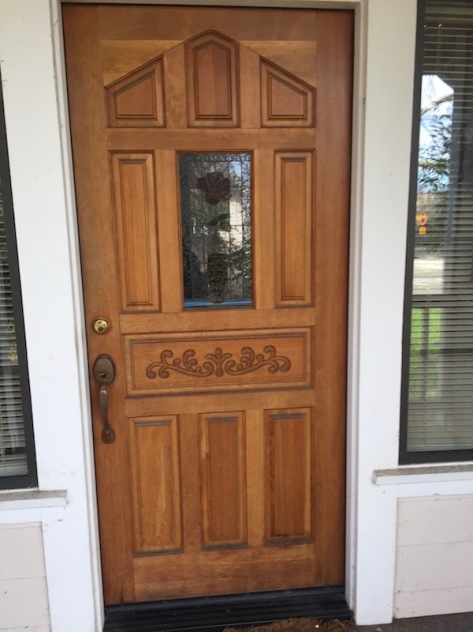 Thursday doors is a weekly feature in which door lovers share their pictures from doors all around the world. Stop by Norm 2.0’s blog to say hello and see some of the others.