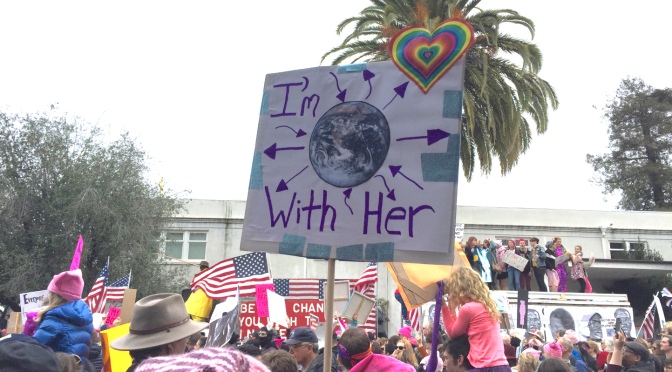 Last Sunday the UU church I joined in December, the UU Fellowship of Sunnyvale, held a service called the Our One Wild and Precious Life service. The title is inspired by the last lines of Mary Oliver’s poem, The Summer Day.

Tell me, what else should I have done?
Doesn’t everything die at last, and too soon?
Tell me, what is it you plan to do
with your one wild and precious life?

This type of service was something new to me; even though other congregations do it, First Parish Watertown never did while I was there. The format is simple enough: a member of the congregation from each decade of life is chosen to speak about their experiences. Ideally, you have all decades of life from 0-10 up to the 90s represented. Of course, if you take that literally the service may get rather long. Ours is actually being split up into two services. I was asked to represent the decade of the 50s, and to introduce myself as a new member.

I started by drawing from an old blog that I wrote just before I moved to California: Gandalf’s Knock. I love the idea, inherent in that meme, that even if your Hogwarts letter didn’t come when you were a kid, it’s never too late to have adventures. I wasn’t quite sure where I was going to go with it from there, but I spent Saturday morning at the Women’s March in Santa Cruz, and somehow it all came together when I got home.

When Nina asked me if I would speak about the 50’s decade for this service, I was reminded of a meme I saw on Facebook in the summer of 2015, the summer right before I moved here.

When I was 8, I didn’t find a wardrobe to Narnia.

When I was 11, my Hogwarts letter didn’t come.

When I was 12, my satyr didn’t show up to take me to Camp Half-Blood.

Gandalf, I‘m counting on you to take me on an adventure when I‘m 50!

Like many of us in “comfortable middle age,” Bilbo Baggins is described in the opening of The Hobbit as living happily in his cute little house in the Shire. He likes it there. He doesn’t want to go anywhere else.

That could also have fairly described my life in Massachusetts. My family and I lived in the Boston area from 1998 until 2015, for almost 17 years. Both our kids were born there. We had jobs, schools, friends and hobbies, and I had a church. Our colonial-style house in a quiet neighborhood, built in 1929, was a little –ahem–quaintly overstuffed.

Then, a few years ago, Google bought my husband’s employer. And in a reorganization in 2015, a few months before I turned 50, his job moved to Google HQ in Mountain View, and the rest of the family came with it. 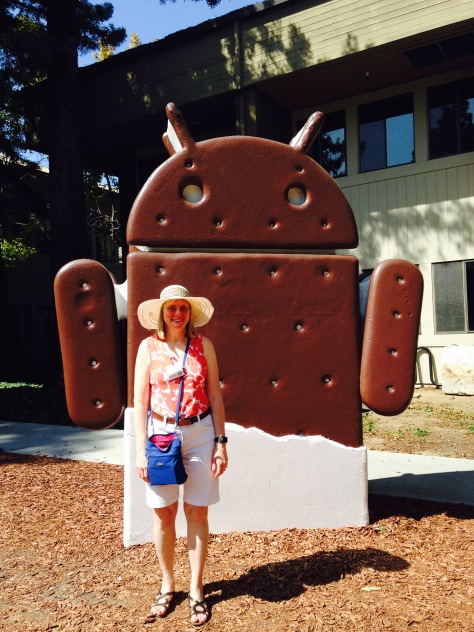 I will say that if one has to turn 50—and it’s certainly better than the alternative of not making it to that age—California is the place to do it. For my 50th birthday last December, my husband and I took a weekend vacation to Monterey and Big Sur, two places I loved when I lived here last time as a Stanford Graduate student, more than half a lifetime ago.

Surprisingly, some things haven’t changed that much since then. For example, people are still complaining about the same Bay Area scourges: traffic, the cost of living, and the drought. And even back then, Dianne Feinstein and Barbara Boxer were my Senators, and Anna Eshoo was my Congresswoman.

Like many progressives, I like this particular bubble. And in this past election, I was predisposed to believe the polls. I thought it was about time that middle-aged women took their rightful place at the highest levels of leadership. It’s certainly a better narrative than the old tired patriarchal one that equates a woman’s value with her youth and reproductive potential. I thought I would celebrate turning 50 by witnessing the election of the first female President.

When that didn’t happen, I was not only shocked but had to fight to keep from falling into despair. Much of that despair came from the sense of time passing and a fear that life and chances were slipping away. My 75-year-old mother saw her hopes that she would live to see a woman President, dashed. My former boss in Massachusetts, Susan Lindquist–a Hillary Clinton supporter, a strong supporter of women in science, and a brilliant scientist herself–passed away just days before the election. My 17-year-old daughter spent election night with her friends, commiserating. The last time I lived in California, my mother was the age I am now, and I didn’t even have kids. Now I have teenagers who are going to be voting and going to college soon. I felt ashamed of the politics they are inheriting.

Then, recently, I read about the grandmother hypothesis, and whales. Only two other species besides humans have a menopause: orcas and pilot whales. Like us, female orcas stop reproducing in their 40s, but can live into their 90s and 100s (even without the advanced medical care that we humans enjoy). During that time these post-menopausal orcas lead their pods to find food sources and they support their adult sons. Rather than devoting most of their resources to rearing infants, the way younger females do, they can now contribute to their families and communities in other ways: by serving as carriers of knowledge and wisdom, by leading. 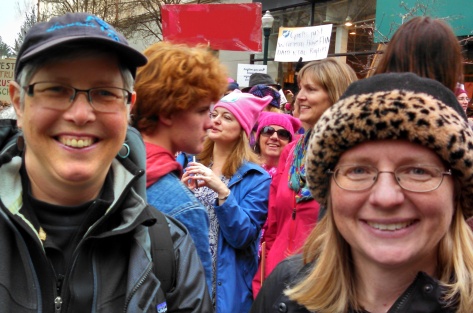 Yesterday [Saturday Jan 21] I marched with an old grad school friend who now lives in Santa Cruz. All day my Facebook feed was filled with friends from all over the country and all over the world posting pictures of women marching together. Boston, Seattle, LA, Oakland, San Francisco, San Jose, Santa Cruz. Berlin. Africa. Antarctica. Millions of carriers of knowledge and wisdom, leaders in pink knit hats.

A year and a half later, I still have complicated feelings about our move, but one of the perks of being middle-aged is perspective; I can choose how to respond. This move can be a loss for me, an occasion for regret, or it can be Gandalf’s knock on my door. Even though I’m in my 50s now, I choose to be optimistic and to believe that there still will be a woman President in my lifetime. But even if not, I can say that I’ve lived through something historic: a time when women my age can look forward to the next chapter in their lives as leaders.

5 thoughts on “Wild and Precious”