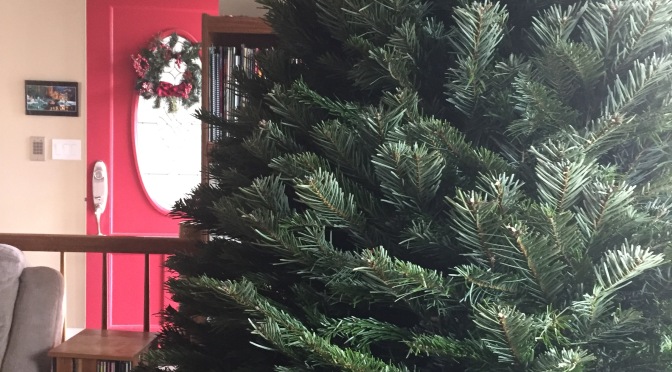 Advent is supposed to be a time of preparation and waiting. Contrary to popular belief and advertising, the Twelve Days of Christmas take place after Christmas, not before: from December 25 through Twelfth Night on January 5th, ending with Epiphany on January 6th.

We picked up our Christmas tree this past weekend. It’s still undecorated, however, not because of any Advent purist tendencies, just because of lack of time.

I like posting before and after pictures. I found that showing the red front door in the background with the wreath made it look festive and Advent-y. We’re still waiting, and preparing, with the door open ready to welcome the season. And the season is still ripe with possibility not yet realized.