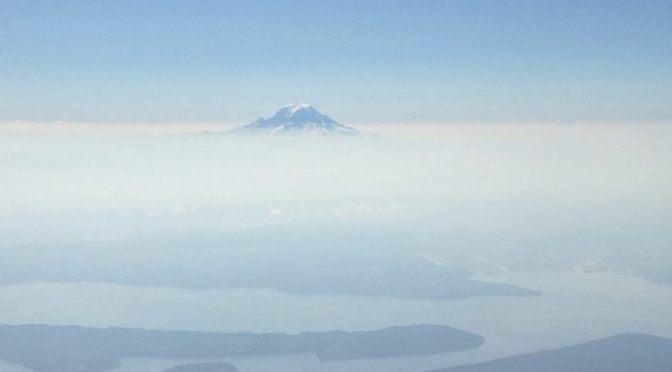 Everyone says that decluttering is supposed to be therapeutic. So why don’t I feel that way? Instead of experiencing the “life-changing magic of tidying up,” I feel like telling Marie Kondo to go stuff it.

There have been some fun, bright spots in the odyssey to divest myself of possessions that I won’t need in CA: the mother/daughter pair who came to get my freecycled collection of vintage Nancy Drew books; the friendliness of the workers at the Hazardous Waste Drop-off (cheerfully taking bleach, paint thinner, burned out CFLs, and no-longer-rechargeable batteries off my hands); the little boy who picked out a new toy car and little girl who fell in love with an artisanal stuffed bunny made out of soft alpaca fur. The prospect of new kids rummaging through an old tub of Barbies and again putting beautiful dresses and little shoes on their funny-looking plastic bodies and feet. Watching the kid I gave an old Connect 4 game to play it over and over with his friend and his mother. I even learned something about landscaping: one woman came to take large old cardboard boxes because she’s using them to cover over and redo her yard, kill weeds, and put fresh soil on top. The processes and interactions that I dread are invariably not as bad as I have made them out to be in the anxious hours between 4 and 5 am. Even disposing of a recalled de-humidifier and getting a check for it looks like it will be relatively straightforward (although it will cost $20 of that check to be environmentally responsible about the disposal).

We went to Boston’s Museum of Science yesterday, a last visit to see a couple of cool things they had on exhibit: the Science of Pixar, Exploring Pluto, and a movie about living in the Age of Airplanes. It was intended as a nice break from moving, and in many ways it was, but the Pixar exhibit also brought me face-to-face with the endless supply of junky plastic movie-tie in toys that I’ve been dealing with over the past weeks.

We haven’t bought a Happy Meal or equivalent in a long time, but the plastic lives on, and there’s something unseemly about the durability, complexity, and ubiquity of the toys. They’re in the basement. They’re in the playroom. They’re in the attic. They’re in tubs and drawers and toy organizers, in bowls and on shelves. Many of these toys are strange creatures or contraptions of one kind of another: body-less heads with big neotenous eyes and open mouths, silly expressions, crazy hair, wild colors. At the Pixar exhibit, you can see exactly how those expressions were designed, made and realized, and even make some yourself. There are complex mathematical and engineering equations describing curly hair, and cheese, and the trajectory of a waving elastic arm. A group of earnest, diverse, interesting people show up on screens labeled “Working at Pixar” to tell visitors about their jobs and how much they love those jobs. These jobs are mainly about pixels and films, animated characters and virtual lighting, but It’s brought home to me that designing those toys must be somebody’s job too, and so is actually making the physical objects. And somehow, because of that, it feels like these toys, junky and ridiculous and missing parts though they may be, deserve a better fate.

I didn’t know what to expect from the IMAX movie, called Airplanes: A World in Flight. As museum members, we had free tickets that we needed to use up, and this movie was showing when we were available, so we went. It turns out that the movie makes a compelling case for how aviation brings us closer together, makes our world smaller, and enhances cultural understanding. “Every age is a golden age,” Han Solo’s voice tells us. “Appreciate the age you live in.” The movie is interspersed with gorgeous pictures of the African Savannah, of Rome, of Las Vegas, and it ends with our future home: the San Francisco Bay area, the City, the Golden Gate Bridge and the Bay Bridge, blazingly lit up at night, planes flying overhead, music from James Horner. It’s a beautiful movie, hopeful and optimistic, showing us lovingly and at length the goldenness of our age. Typical for me, I teared up at the ending, which shows a family greeting each other as one of them gets off a plane in the SFO airport, coming home to loved ones from a time away.

The film also had a section on flowers from Kenya being delivered to Alaska by plane. The script followed these flowers from initial cutting to vase on someone’s table in Anchorage. Planes make this kind of thing possible too, and while the movie was careful to maintain a positive tone, I was kind of appalled. These flowers only live 14 days from cutting. All the work, the fuel, the resources spent to fly them to Alaska where, in less than two weeks, they’ll be compost. This kind of thing happens with food, too, and is often discussed negatively: instead of eating out-of-season foods flown or trucked in from halfway across the world, people are told they should eat locally-produced foods bought at farmers’ markets. It’s better for the planet, and for your health. Coming from where I’ve been for the past month, awash in “stuff” that was probably shipped in from another continent and that I would have been better off without, I’m predisposed to think this way. I tear up often these days; it’s embarrassing.

What’s especially hard to understand and process, for my little brain, is what to do with this information now that I have it. Perhaps my tears are about something more than missing Boston. I read an article this morning, shared by a distant friend on Facebook: The Great Grief: How to Cope with Losing our World.  “The notion that our individual grief and emotional loss can actually be a reaction to the decline of our air, water, and ecology rarely appears in conversation or the media . . . It is as if this topic is not supposed to be publicly discussed.”  I can try to buy flowers locally (or pick them from my garden). I could even boycott cut flowers altogether, since, unlike food, they are not necessary for survival. But in general the whole system is so big and complex, and the supply chain so long it’s hard to even know where to start. If I boycott Kenyan roses, who am I helping? There’s also something wonderful about being able to get roses from Kenya. Kenya is proud of its airline and the people who work there in the flower industry are happy to have good jobs. That choice might hurt rather than help.

I too will be getting on a plane in less than a week. I’ve done my share of flying, for both business and pleasure. My carbon footprint is not small. I have always loved looking out of airplane windows to see the clouds. I took these pictures, of Mt. Rainier and Diamond Head, last year when we were on our way from Seattle to Hawaii for a vacation. That I am one of the few humans in all history who can take such pictures, that I live in such an age, is awesome, humbling, and sad at the same time.